Well, it’s been too long since we updated the blog. A lot has happened – here’s a little bit about a lot of happenings!

We added a fence around the side and back of the house. It was something that was needed when we bought the house. Initially we toyed with the idea of fencing the entire lot (3/4 of an acre); but that proved to costly; and, would have created problems that we didn’t need to deal with. We fenced the NW side to the property line, about 3/4 of the back yard

and a small part of the SW.  We put in a cedar ‘good neighbor’ fence, but since we footed the entire cost, all the good side is facing us or the street. Now Buddy can go anywhere he wants in the back and side yards, although the stickers have kept him close to the deck!

Remember the ham radio antenna tower that Sue towed all the way from California to Texas on that old boat trailer? Well, we got it up and working. We engaged a contractor to dig a hole and build the base and foundation for it. Once the concrete cured we had an “antenna raising party” with about a dozen ham operators from around Bastrop and Lee Counties. We started at 10 AM on a Saturday and stopped in time for BBQ’ed burgers and dogs for lunch. A great time, and a successful event. At this time Larry has on the tower: 2M ground plane antenna for IRLP Node 7770, 220MHz Yagi antenna pointed at a repeater in south Austin, a Tram 1481 dual band colinear antenna for 2M and 440MHz, and a ‘stand-off’ with a pully system now being used for an end fed random wire HF antenna. ON THE AIR, baby!

Larry has a new call sign – W5JVJ – he liked to previous call sign (WB6JVJ) but with a ‘6-land’ call sign the first communication consisted of a question: What part of California did you come from? So, he broke down and got a vanity sign with ‘5’ – the JVJ suffix is for his kids: Jennifer, Victoria, John.

Our first outing with the trailer for the summer was a long weekend to the Houston area. As we started packing the trailer in preparation, the refrigerator quit working. It wouldn’t work on either gas or electric. Larry did some trouble shooting, but could not identify the issue. Sue called a mobile RV service from Smithville who came out the next day. After a few hours of troubleshooting they identified the problem as a faulty circuit board. The tech told us that they could order a replacement and come back out in a few days to install it, and charge is for that – or we could buy one and replace it ourselves. We chose the latter option. Ordered a new updated replacement board on Amazon.com, it arrived two days later. It took Larry about 10 minutes to R&R the PC board and button everything up. Works like new. Then off to the Houston area for a  long weekend of sun and fun!

As you may recall our new house sits on 3/4 of an acre. It is mostly grass and weeds, with a small, but deep ditch/creek in the back. A few Loblolly Pines and several oaks of differing variety. Mowing the lawn and weeds has been a problem. Initially we bought a new battery operated walk-behind, self-propelled lawn mower with one battery. Got about 30 minutes of mowing, about 1/4 of the lot. It takes a few hours to recharge the battery. Picked up a second battery and could get about half the work done. Then we purchased a small battery operated chainsaw for trimming limbs – it uses the same battery as the mower. We now have three batteries. Still can’t complete the entire lot mowing. Got a fourth battery and that just about does it; however, it takes 2 or 3 hours to finish. By the time Larry finishes it seems like its time to start all over again. So, we broke down and picked up a used riding mower (Craftsman lawn tractor) with 150 hours on it. That works like magic – finish the entire lot  mowing in about an hour. AND with an attachment it can be used to move the utility trailer around when necessary, pull Sue’s wagon with tools, rocks, plants, etc. This lawn tractor is made by Husqvarna and most of the parts are interchangeable.

Sue’s family – a little background: When Sue was just a toddler her father left the family. He never contacted her after that. When she was 18 she located her grandparents (her father’s parents) in Barstow, CA. She visited with them then for a short time. Subsequent to that she lost all contact with that side of her family. Recent research revealed a 1st cousin living in the Waco, TX, area. She contacted him, and he put her in contact with their Uncle Clint in Ohio. Last year Sue contacted Uncle Clint. He invited us to visit him, so this summer we journeyed to Grafton, OH. We hooked up our little trailer and commenced the trek.

The second night found us at Cook’s Lake RV Park in Memphis, TN. The next morning we drove through a true downpour for several miles and about an hour. During this day the trailer brakes began to work intermittently (or fail intermittently, depending on your perspective). Larry was able to rewire the entire brake electrical wiring (after about 4 hours of troubleshooting and online research). That appears to have fixed the problem as the brakes have given us not problem since then. Fortunately, the new pickup is heavy duty and the trailer is relatively light, so towing without brakes is (was) do-able.

While near Peebles, OH, we took the opportunity to see and walk the Serpent Mound. Took some pictures and climbed the viewing tower also. What a magnificent effigy mound.

While visiting with Uncle Clinton & Aunt Dianna we stayed at American Wilderness Campground & Event Center, about 1 mile from their house in Grafton, OH. We spent two wonderful days with them learning about the family, Sue’s father, cousins, etc. Sue’s father, Haskell Littlefield, was a decorated Korean War veteran. Uncle Clint had the flag from the interment services – he gave it to Sue. Haskell is buried at the Ohio Western Reserve National Cemetery. Uncle Clint & Aunt Dianna drove us there and we located his headstone, spent a few somber moments and took some pictures.

We are now making our way home. Temperatures at home are well into the triple digits, so we are taking our time. The goal is to NOT get home until August has expired. We’re spending a lot of time in the swimming pools as well as expressing sincere thanks for the air conditioner in our little trailer. Yesterday, Larry met one of the sons of the former Fire Chief of St. Louis, MO, who will be 95 years old on January 1, 2021. He also met some inexperienced amateur radio operators and talked to them about building a go-box (hammo-radio). Little things that we noticed include when the clerk at WalMart was checking us out with some groceries and sundries – she place the yellow squash on the scale, looked around confusedly, then asked Sue what they were! True story!

That’s it for now. Check the pictures … 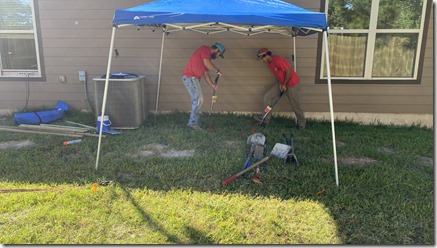 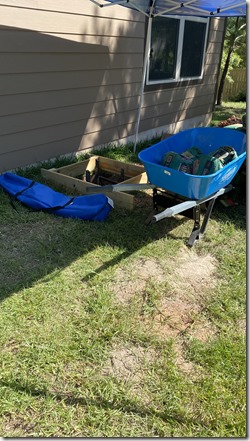 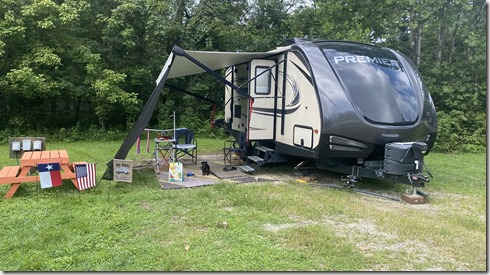 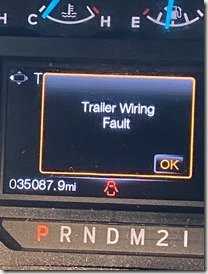 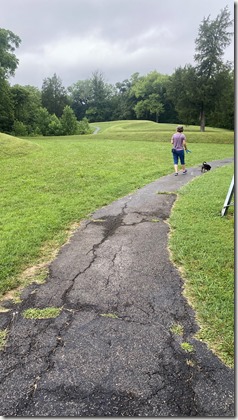 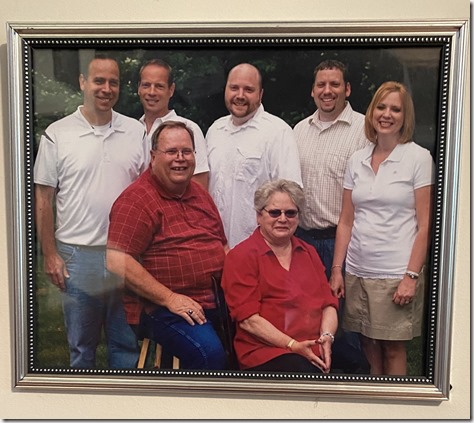